A Denver real estate agent has been sued for allegedly “cybersquatting” and nabbing the logical web address of an upstart CrossFit gym.

CrossFit is asking the court for the rights to a web address, plus damages.

In January, CrossFit Inc. approved Jason Grubb to open a CrossFit gym in Golden under the name 5280 CrossFit and gave him permission to use 5280CrossFit.com.

When Grubbs tried to register the address, he discovered that Sainz had already claimed the domain name on Oct. 27, 2014. The address redirects a viewer to 5280 Realty’s website.

Grubbs emailed Sainz on Jan. 13 offering to purchase the domain name, according to the complaint. The two men talked by phone and negotiated a price. 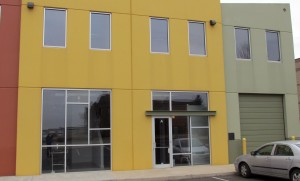 5280 CrossFit is setting up at 801 Brickyard Circle in Golden. Photo by Aaron Kremer.

The complaint states that on Jan. 15, Grubb sent Sainz an email saying that his use of the domain names was illegal.

“The use of the CrossFit name is only allowed by an affiliation agreement” the complaint reads.

Grubbs then demanded that Sainz surrender the domain names without pay.

After the negotiation fell apart, Grubb called in CrossFit Corporate. Grubb is not a party in the case.

“I’m relying on them to work the case,” he said. “As an affiliate, it’s nice to have them manage the entire process.”

CrossFit filed its complaint on Jan. 26. It is seeking damages against 5280 Realty and Sainz up to $100,000, plus the cost of litigation.

The CrossFit domain names aren’t the only 5280-themed addresses Sainz has registered.

He also owns 5280legalservices.com, 5280magazine.org and fit5280.com, among others. All the domain names redirect to 5280 Realty’s website.

“What we will do is counter-sue for extortion,” Sainz said. “He’s gonna get himself into a fight that he can’t win and lose himself a lot of money.”

To date, Sainz has never sold a domain name using the 5280 trademark.

“I think we might go into business and open a CrossFit gym,” Sainz said.

Grubb still plans on opening his gym in Golden on Feb. 1. He is currently using 5280-crossfit.com.