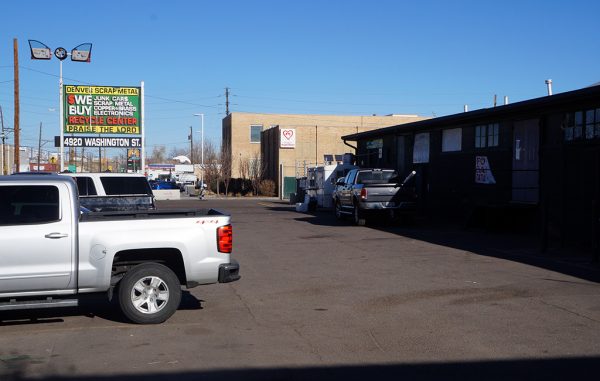 A Greenwood Village-based developer is the new owner of a 4.3-acre industrial site in Denver’s Globeville neighborhood.

Emily Klimas of SullivanHayes represented the buyer. She said Alberta does not yet have a firm redevelopment plan.

Alberta’s development portfolio includes The Promenade at Denver West in Lakewood and The Streets at Southglenn in Centennial, according to its website.

“I like to say it’s a praise-the-lord deal,” Medley said of the sale. “These deals don’t come along every day.”

Medley, an Adams County resident, is a convicted felon — “mostly drug-related charges” — who says he “gave his life to the lord” in 2004. Now he’s a minister and entrepreneur.

Medley started Denver Scrap Metal Recycling in 2007 and moved to the Washington Street property around 2010. He said he rented for years from an owner who pledged to eventually sell the property to him.

GI Investments purchased the site in March 2015 for $2.3 million, according to city records. Medley said the previous owner declined a $3 million offer from an individual in the marijuana industry.

Medley said city construction plans to widen the portion of Washington Street in front of the property would significantly hurt his business.

“I felt like we should sell it because of information I’ve been gathering over the last several years in terms of what will happen to that neighborhood,” he said.

Medley was represented in the sale by Russell Gruber of Newmark Knight Frank.

Gruber said in a statement that competition was “fierce” for the property, attributed to plans by the city to redevelop the nearby National Western Center.

“Now that much of the vacant land is off the market, the next level of opportunity will focus on older, antiquated industrial real estate, especially ones located on larger land parcels,” Gruber said.

Gruber said the $175.18 per-square-foot price is comparable to prices in RiNo two years ago, and that Globeville redevelopment ultimately could rival that neighborhood, since there are other large industrial buildings for sale.

Medley is leasing back the property until he finds another site for the recycling company. He said it employs about 30 people.

“I like to say it’s a praise-the-lord deal,” the seller said. “These deals don’t come along every day.”

Guys – You missed the mark on the PPSF of the land by about 400+%. Maybe that was Gruber’s mistake but someone should fact check. That is pretty misleading.