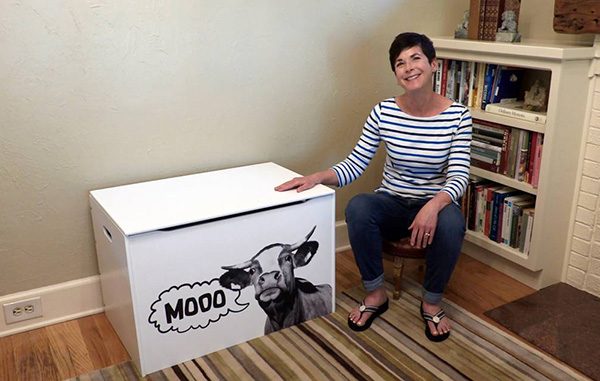 You can put your kid’s face on a T-shirt, coffee mug, credit card and – coming this fall – a toy box.

Sunnyside toddler furniture maker Little Colorado is launching a line of custom-printed products for tots. Customers can upload any image to slap on the side of the woodwork.

The wooden-furniture manufacturer sells 40 products including bookcases, play tables and the most popular item, toy boxes, which range from $90 to $200.

Little Colorado launched a Kickstarter fundraising campaign Aug. 30 for $30,000 that will go toward buying a $70,000 large-format digital printer. The difference will be filled by Hare’s personal funds.

The printer will use water-based ink to print directly onto the wood.

The company already offers product personalization with a name, but a printer would allow for customization with any graphic, including a finger painting, animal or quote. 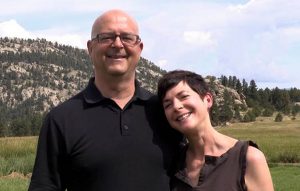 “You can do much more than put a name on the toy box,” Hare said. “People put almost anything on a T-shirt.”

Hare and his wife Noelle Baker moved to Colorado after buying Little Colorado in 2016. The company started in Golden in 1986.

“It looked like a good opportunity – a diamond in the rough that we could do a lot with,” he said.

Hare was previously the president of Clysar, a shrink film manufacturer in Iowa.

Last year the 20-person company earned more than $2 million in revenue. Hare’s goal is to double revenue in the next three to five years by investing in marketing and launching new products like the custom-printed MyBox.

Customers will be able to start customizing their toy boxes starting Nov. 1 for an additional $40 to $45, even if the Kickstarter goal isn’t reached.

“We are pretty confident it will go over well,” Hare said.

The company’s products are sold mostly online at sites like Amazon and Wayfair, but can be found at Clothes Pony & Dandelion Toys in both Boulder and Fort Collins. Little Colorado also is opening an outlet at its manufacturing site this fall.

Toddler furniture maker Little Colorado is allowing customers to upload any image to slap on the side of the woodwork.