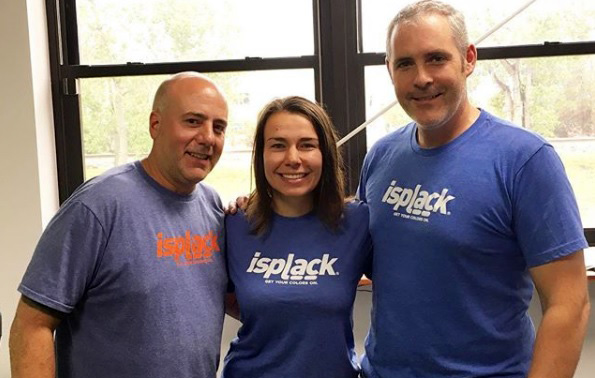 Beach is the president of iSplack, a Boulder company that makes roll-on eye black, the under-eye paint that football and baseball players use to reduce the glare of sun and stadium lights. Beach can recognize iSplack because it comes in colors other than black – and the way light reflects off the paint.

Beach and co-founder J.P. O’Brien launched iSplack in 2014 with the backing of Boulder’s Black Lab Sports, a sports-related venture capital firm in Boulder. Both men are former college lacrosse players, so they started selling iSplack with a home field advantage at the 2014 World Lacrosse Championship at Dick’s Sporting Goods Park.

Now, the product can be found at 1,200 retailers across the country, including Dick’s. Beach said it’s in the locker rooms of all 32 NFL teams and is growing in major league baseball, too.

The startup just added $33,500 to its war chest, according to an SEC filing. Beach has his eyes set across the Atlantic next. 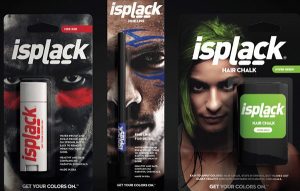 “We’re working to grow our European distribution channels (and new) products in 2018,” he said.

iSplack sells 14 colors in a roll-on applicator for $9 each on its website. Beach said yellow and pink aren’t as effective at reducing glare, but some customers are more interested in sharp style than sharp eyes.

“It’s your war paint,” he said. “It goes back to a player and a team uniting under team colors.”

iSplack isn’t the only colored eye black in the game. Los Angeles-based We Are Warpaint and Maryland-based EyeBlack make similar products. But Beach said his brand can compete thanks to its spectrum of colors. He said iSplack doesn’t have paraffin and petroleum additives.

There are more products in Black Lab Sports’ pipeline.

The venture capital firm is also behind Can-Ice, which makes a synthetic surface that hockey players can skate on like ice. And it has a hand in ONX Sports, which makes protective gear for mixed martial arts and other sports.

iSplack launched in 2014 with the backing of a Boulder venture capital firm, and now can be found in thousands of retailers and in all 32 NFL teams' locker rooms.