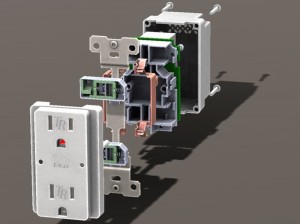 Ion Smart Outlets can be toggled and monitored from a smartphone. (Courtesy Cody Miller)

A Denver electrician is sparking a Kickstarter to help people get smarter with energy.

Cody Miller, who manages electrical estimates at Weifield Group Contracting in Denver, is trying to raise $250,000 on Kickstarter for his Ion Smart Outlet, which allows users to control home electricity via smartphone.

“The funding is all going to manufacturing and tooling costs,” Miller said. “It will hopefully get the product off the ground.”

The all-or-nothing Kickstarter will close March 16. So far, customers have pledged $9,500.

Unlike other smart outlets, the Ion Smart Outlet connects to a home or business’ WiFi, eliminating the need to set up a separate hub, which can cost around $100, Miller said. The outlets, which cost about $50, sync with a free mobile app that allows a homeowner to turn the outlets on and off, and monitor energy output from each appliance plugged into the outlets.

Miller says his smart outlet enables homeowners to save on energy costs from lights, printers and other appliances that may not be on, but are still consuming power. Users also can control the outlet through Amazon Echo and other voice command devices, Miller said. 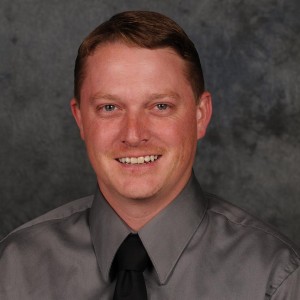 Miller started developing the Ion Smart Outlet two years ago as a hobby. The 39-year-old Colorado native has worked at Weifield for 10 years, and was looking for a way to conserve energy.

“I’ve been over the years kind of slowly automating my own home, controlling heating and lighting,” he said.

Two years ago, Miller built his first smart outlet and programmed a small app on his phone where he could turn the outlet on and off. From there, Weifield saw the prototype as an opportunity to engage in-home automation and energy saving tools.

“We’ve always been really heavily involved in energy efficiency,” Miller said. “This is a product that fits in that category.”

While Miller said Weifield, which has 400 employees, backed the development of the Ion Smart Outlet, the product was out of its scope of electrical contracting, so Miller needed additional investment to get the product through production. He hopes the Kickstarter campaign will give Ion traction to fund the manufacturing of the outlets, the majority of which will take place in Lafayette.

Miller plans initially to sell the outlets through Kickstarter, but once the product is off the ground, he will sell it through Amazon and other online outlets. He plans eventually to get the outlets on Home Depot and other home improvement store shelves.

The Smart Outlet is not the only product Miller plans to create through Ion. His future devices include light switches, dimmers and other electric automations, he said.

The Ion Smart Outlet will be available in 15- and 20-amp versions, for both residential and commercial use. Miller said the first run of product will ship in September. 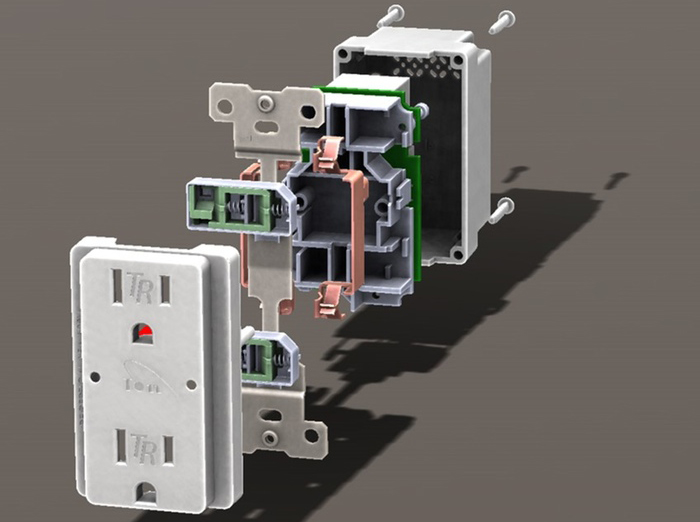 Ion Smart Outlets can be toggled and monitored from a smartphone. (Courtesy Cody Miller)

The outlets are connected to a mobile app, allowing users to toggle and monitor outlets and appliances at the touch of a button.