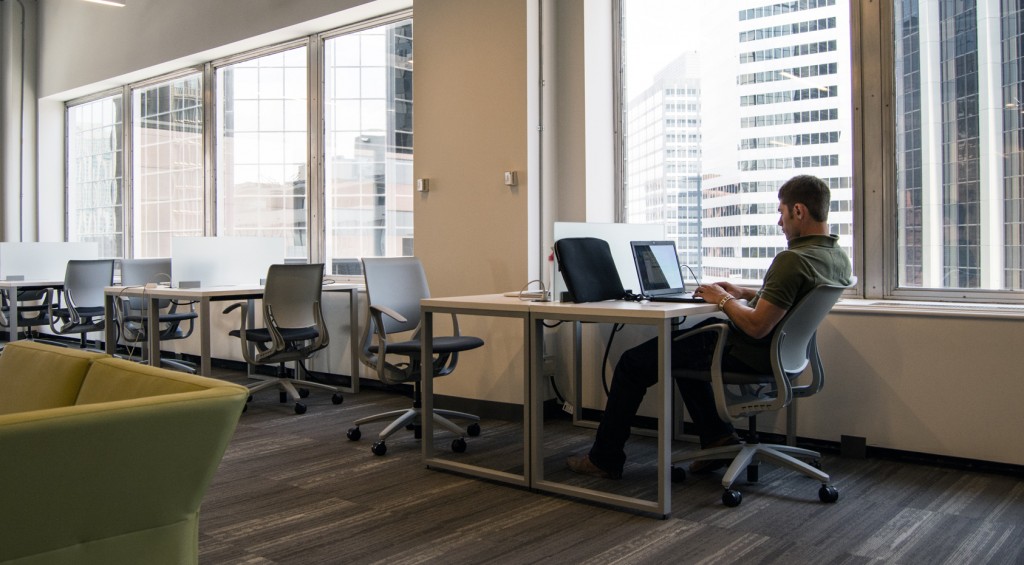 Modworks is expanding its co-working and shared office space by 3,000 square feet at the Petroleum Building at 110 16th St. It’s a 30 percent increase for the 10,000-square-foot business, which launched in July of last year, and gives Modworks the building’s entire 13th floor.

“We had a quasi-lease for that space from the beginning and knew that if we wanted to expand into that space, we could,” said John Borst, Modworks’ co-founder. “We wanted to be optimistic and think right off the bat we’d need it, but all things considered, I’d say we’re a little ahead of schedule.” 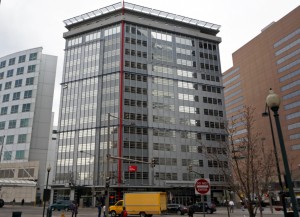 Modworks is taking over the entire 13th floor of the Petroleum Building at 110 16th St. Photo by Burl Rolett.

Borst tentatively plans on unveiling the Modworks expansion July 1. About 2,200 square feet of the extra space will be small, walled-off offices, which Modworks rents for between $1,000 and $1,200 a month. The company plans to begin leasing those units in the next few weeks.

Modworks also offers memberships to work in its common areas for $195 a month. And it rents individual reserved desks with storage space for $395. Right now about 45 people work out of Modworks between 27 different companies, Borst said.

Costs for the expansion will be shared between Modworks and its landlord, Borst said. He is anticipating his company will spent about $50,000 on new furniture and IT upgrades. Boulder-based Arch11 is designing the expansion.

Rent on the company’s current space is about $10,000 a month, a figure Borst said will increase post-expansion.

Modworks’ move comes as a frenzy of shared office concepts hit the market: Shift Workspaces, Galvanize and Thrive Workplace are each adding new locations. Ignitrr, a shared office space and incubator business, is currently in the process of launching with 9,000 square feet on Broadway.

And Modworks could continue to grow within the Petroleum Building. Borst said the business has an option to take over the 14th floor, as well. He’s looked at potentially adding more offices, a large gathering space or balcony but doesn’t have any firm plans yet for a potential move.

The long-term plan, Borst said, is to try another city if the Denver Modworks continues to grow.

“Co-working in general is continually expanding in Denver,” he said. “I think Modworks is still a little under the radar, but we’ve been able to attract the right crowd as word has trickled out slowly.”

A shared office space startup is giving its workers more elbow room with a large expansion of its home in the downtown Petroleum Building.